For the month of April, we are introducing Manchester as our City Spotlight feature. With a growing economy and excellent links to the rest of the world, the city is widely known as the home to one of the most famous football teams; Manchester United and is the second most populous urban area within the United Kingdom, with a population of over 2.5 million.

From events and attractions to fine dining and a great night out; there is plenty to discover and to do in Manchester. The city offers its visitors the experience to have a wild day out at the Knowsley Safari, an interesting journey back to the city’s history at the Manchester Museum and a variety of other locations to visit such as the Town Hall, the Old Trafford Stadium and excellent shopping locations like the Arndale and Trafford Centres.

From live music and sports through to art and theatre; Manchester is bursting with events for everyone. All throughout the year, artists and entertainers from around the world choose Manchester as one of the prime locations to hold their concerts and shows in. Previously, the city was host to The Commonwealth Games back in 2002. This year, the Betway Premier League Darts is held at the Manchester Arena and the exhilarating Dodgeball World Cup in the new National Basketball Arena.

So why is Manchester such as great city to hold events in? Well, the city is the third most visited place in the UK and the second in England, only after London. Year on year, the number of people visiting the city is growing and it is the only place in the UK to feature in Lonely Planet’s list of best places to visit in 2016. Additionally, in 2013, Manchester was revealed as the most linguistically diverse city in Western Europe; with up to 200 languages spoken in the city at any one time, making it a great location to attract a diverse range of people.

There is high demand for promotional staff in Manchester and eventeem is to the rescue with lots of hard working staff located in and around the city. eventeem does not only offer staffing solutions for promotional campaigns, we also recruit highly experienced and skilled staff to cover exhibitions and corporate events at any location.

In 2014, psLIVE enlisted eventeem’s support to provide two roadshow teams to promote the Alien Eau Extraordinaire in various cities. Manchester was one of the key locations of the campaign in which 60,000 samples were distributed. 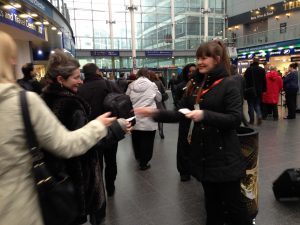 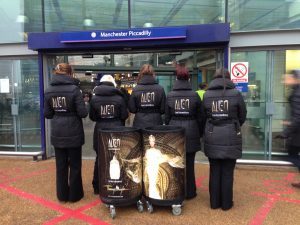 Additionally, we have staffed several sampling and sales activities for Teapigs, an active client whom we have been working with since November 2015. To increase brand awareness and to drive sales in-store, several campaigns have been completed in locations such as the Selfridges in Manchester. 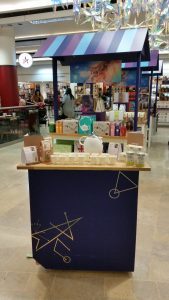 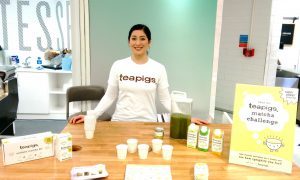 To support the promotion of Phileas Fogg’s products, we staffed a supermarket roadshow nationwide throughout June 2015. Among the locations is a town in the Greater Manchester; Bolton, where brand ambassadors were responsible of promoting Phileas Fogg’s products in an engaging way and promoting a connection between the summer events and the brand. 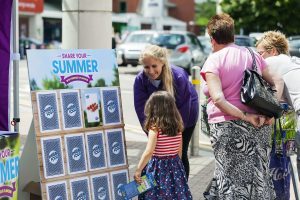 If you’re looking for promotional staff in Manchester or need help with your experiential event, contact us and let us help you find the perfect people to represent your brand.