EventStream – Coke Zero “Unlock the 007 in you”

From experiential and guerrilla marketing to viral campaigns and pop-ups, EventStream is where we comment on the events that have caught our eye from across the world. Today, it’s the Coke Zero “Unlock the 007 in you” campaign.

Recently at Eventeem, we’ve all been a bit shaken and stirred in anticipation of the new Bond movie, “Spectre”. It’s not just the prospect of seeing Daniel Craig on the big screen again that we’re most looking forward to, or the fact that Sam Smith announced he’d be singing the theme tune, we’re actually looking forward most to the many experiential and event campaigns that accompany the build-up to the movie.

In the spirit of #ThrowbackThursday, we thought we’d take a look at the Coke Zero campaign that accompanied the launch of Bond’s last big-screen outing, “Skyfall”, in 2012. 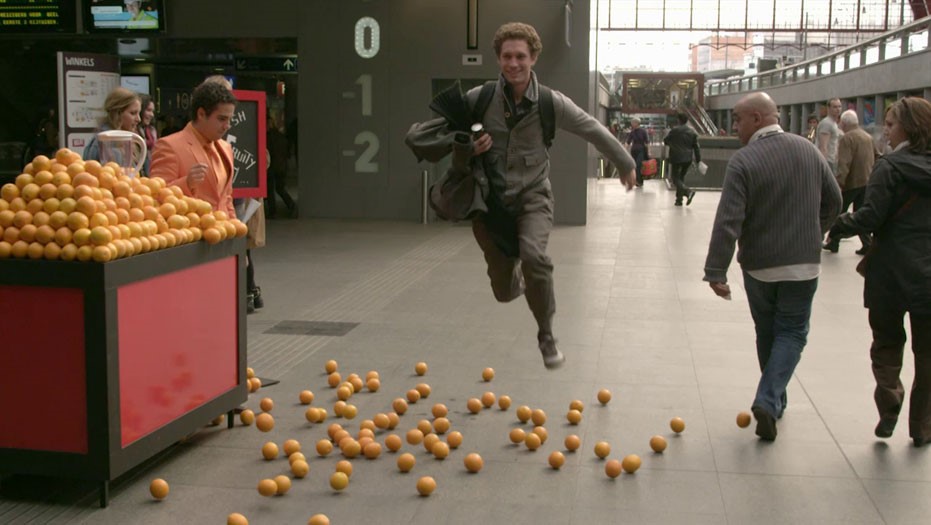 Coke Zero wanted commuters at the Central Station in Antwerp to accept a personal 007 mission and win exclusive tickets to see “Skyfall”.

A modified coke dispenser was set up at the train station informing people that they had the chance to get exclusive cinema tickets if they unlocked the 007 in themselves and got to platform 6 within 70 seconds. At that point, the clock started ticking.

What followed was a race across the train station for each participant, but the Coke Zero event organisers had arranged some obstacles that they had to contend with on the way.

These included a street sweeper, a mysterious woman in red who mistook them for someone else, joggers blocking an escalator, a dog walker, the classic two men carrying a pane of glass, spilt oranges from a fruit stall, a tipped luggage trolley and a forceful flower seller. As they overcame each obstacle, event staff were strategically placed along the route with a digital countdown that told the would-be Bond how much longer they had.

Reaching their destination, another coke dispenser asked them to sing the Bond theme tune and, with a little bit of help from the crowd that had gathered around them, they performed a breathless rendition of 007’s famous theme.

The choreography of the meticulously-timed obstacles and stunts is extremely impressive and the positioning of the promotional staff along the route was a nice touch, but our highlight had to be the subtle use of the Bond theme throughout.

From the lone violinist busking alongside the coke dispenser, to the human beatboxers and the organ grinder at the end of the run, the theme tune that will eventually win the participants their cinema tickets is cleverly and subliminally present throughout their mission.

Coke themselves have commented on the results that they achieved from the campaign.

At the time (November 2012), it had received 7.1 million views on YouTube with 832,300 shares on social media and was included in Mashable’s Top 100 most shared commercials. It also earned the accolade of the most shared Bond-related ad.

If your mission is to seek out promotional staff with a license to thrill for your next event, contact us and we’ll help you find the perfect people.