From experiential and guerrilla marketing to viral campaigns and pop-ups, EventStream is where we comment on the events that have caught our eye from across the world. Today its the Shadow Wi-Fi campaign by Happiness Anywhere.

A shady campaign against skin cancer

A looming, blue tower that blocks out the sun? It sounds like the master plan of an evil overlord. However, we can confirm that the power of this mysterious blue tower is being used for the greater good by not only providing free Wi-Fi but also increasing awareness of skin cancer. 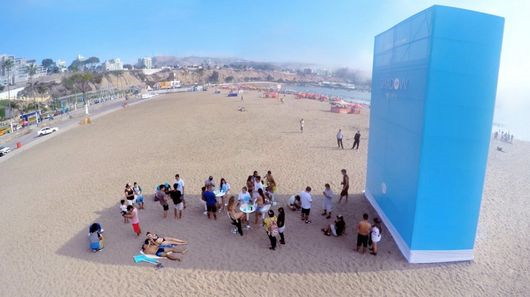 This campaign gave people a real reason to seek shade from the sun, which encouraged participation. The registration process was dependent on everyone agreeing to receive email updates about sun care advice, offering measurable results and spreading the message of the Peruvian League Against Cancer.

Let’s face it, when you see a big initiative like this taking part on your local beach, you’re going to want to talk about it. With social media being the best way to get the word out these days, the Shadow Wi-Fi tower was being used to share its own message across the Twittersphere.

For those wondering how the mysterious blue tower worked, it used a directional Wi-Fi antenna that was cleverly paired with a sensor to track the movement of the sun. As the shadow moved throughout the day, the Wi-Fi antenna shifted to mimic this. According to PSFK, approximately 250 people were able to use Shadow Wi-Fi at any given time.

Happiness Anywhere devised ‘Shadow Wi-Fi’ for the non-profit organisation, Peruvian League Against Cancer. The campaign centralises on providing an incentive to keep sun worshippers out of the sun for as long as possible when UV rays are at their highest and most dangerous.

Of course, we’ve been told for years about the dangers of the sun, yet many people still ignore the warnings. By giving today’s hyper-connected individuals the reward of free Wi-Fi whilst avoiding the sun, people have an incentive to take a break from it, even if it’s just for a little while. It couldn’t be simpler; avoid the sun, take care of your skin, and get rewarded with free Wi-Fi.

During the initial launch, promotional staff handed out leaflets explaining the incentive, raising awareness and rousing interest. This combination of traditional print marketing and revolutionary technology worked well and people were intrigued. 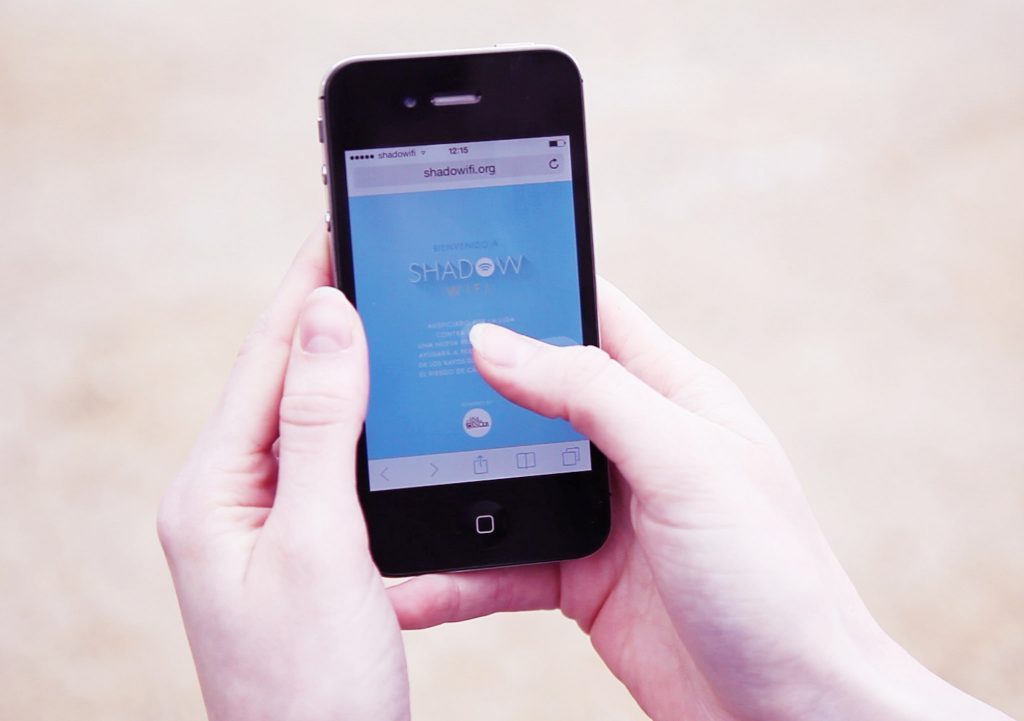 Where do we start? The aim of the campaign — to raise awareness and keep people safe from harmful UV rays — is certainly worthwhile, and the idea itself is simple, effective and memorable, offering a great incentive and delivering a message that could genuinely save lives. Overall, it works superbly on every level.

The first Shadow Wi-Fi system was a huge success after its launch in Peru at the end of April. There are currently plans to install Shadow Wi-Fi in San Francisco and New Zealand in the coming months, with it hopefully becoming a global scheme.

Cancer charities around the world are excited by the potential of Shadow Wi-Fi, and the developers behind Shadow Wi-Fi have generously released access to the software for non-profit use.

Whether it’s on the beach or on the streets, if you want to find the perfect promotional staff to raise awareness of an important message, contact us to see how we can help.